I don’t know about you, but I’ve watched the video of American Pharoah winning the Triple Crown over and over – and I cry every single time. I, like so many others, wondered if there would ever be another Triple Crown winner. I was born in 1982, so there hasn’t been one in my lifetime. Many said it would never be done again, but I just knew that it would happen at some point. There have been far too many almost winners (Silver Charm, Smarty Jones, etc.) for me to think otherwise.

Almost instantly, a video began circulating depicting a side-by-side comparison of AP’s and Secretariat’s Belmonts that I can’t seem to stop watching either. I’ve also been stalking author Laura Hillenbrand’s Facebook page as she is a fellow racing fan. And she had this to say about the video.

“Per my post about how American Pharoah ran his final quarter mile faster than any horse in Belmont history, including Secretariat, here’s a fun side-by-side viewing of their Belmonts. American Pharoah may have run his last quarter faster than Big Red, but Secretariat ran unimaginably fast through the entire mile-and-a-half race, winning by a staggering thirty-one lengths in world record-smashing time. In this comparison, which of course does not take into account differences in track surface and all the variables that would be in play in a real world race between them, Secretariat trounces American Pharoah by more than eighteen lengths, calculated by feet-per-second average speed. American Pharoah is unquestionably a great racehorse and a deserved member of racing’s tiny Triple Crown-winning club, but Secretariat was without peer. His Belmont remains, to me and many others, the greatest single performance by an athlete in any sport, ever.” 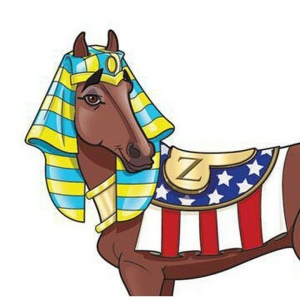