If you’ve followed this blog for a bit, then you might remember a few of the posts I did on equestrian artist Milton Menasco. To give you quick refresher, Menasco was born in 1890 in Los Angeles, and began his career as an artist in Hollywood creating movie posters. By 1925, Menasco found himself in New York City as the art director of a film making company.

Menasco, who then moved to Lexington, Kentucky, began to make a name for himself as an equestrian artist, and he had numerous clients including, John Hay Whitney, Isabel Dodge Sloane, President Ronald Reagan, Allaire du Pont, Arthur B. Hancock, Jr., Lucille Markey, and the Chenery family, for whom he painted Secretariat. You may also know him as the artist whose illustrations appear on the covers of the Black Stallion series!

I love all of Menasco’s work, and I’m always looking for prints of my most favorite ones. I recently found Stymie online, and purchased him for $25! I found an old frame in my attic, cleaned it up a bit, and Stymie looks perfect!

I love how the print looks in this frame – now I just need to figure out where to hang him! He looks great in every spot! 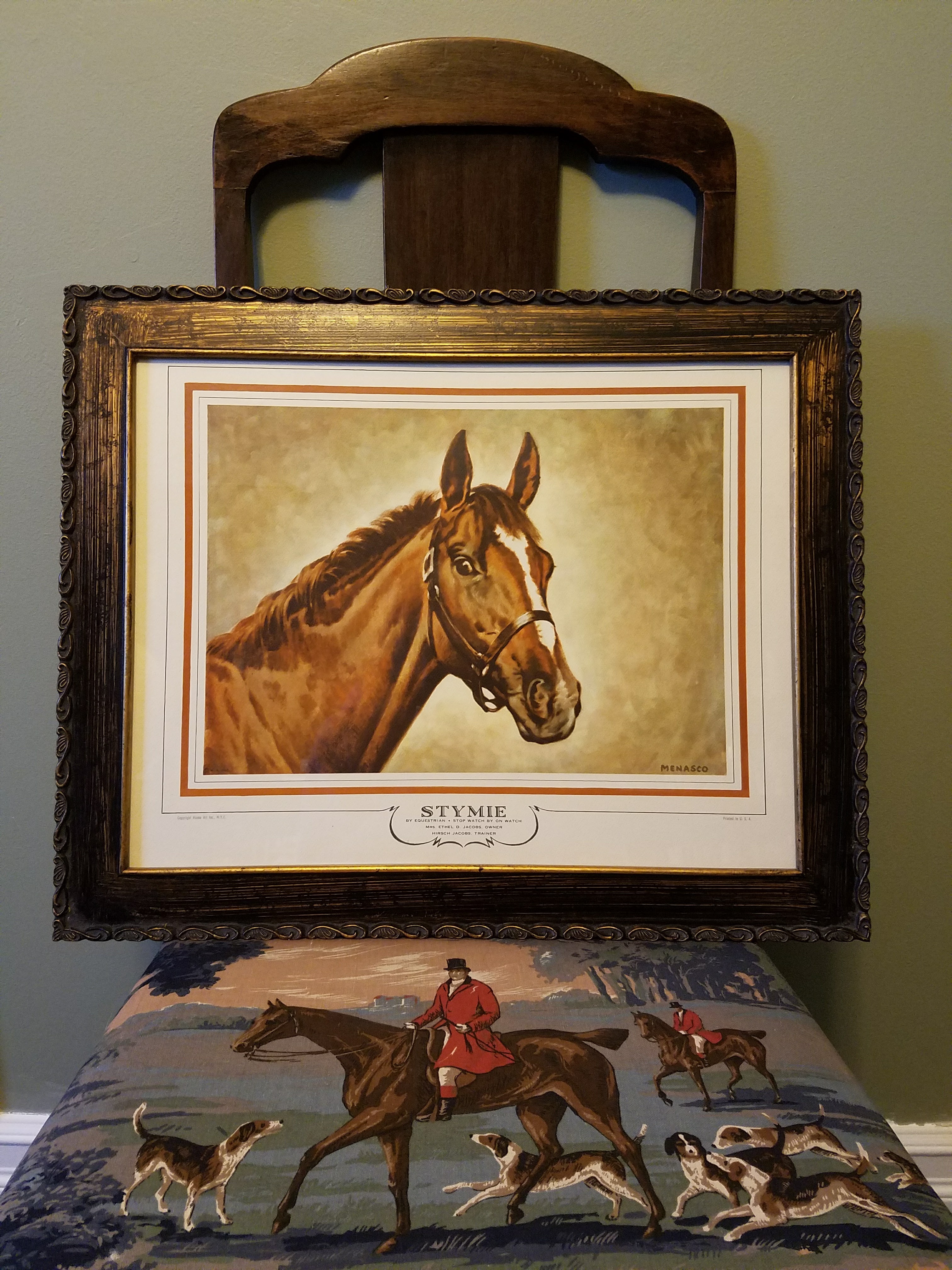